Siberian ginseng, also known as eleutherococcus senticosus, is an Asian herb that has been used since ancient times as a treatment in folk medicine. Despite the name, this herb is completely different from the American and Asian ginseng varieties, with unique active chemical components as well.

One of the primary ingredients in Siberian ginseng, eleutherosides, could be used to stimulate the immune system.

Siberian ginseng has long been used to treat and prevent colds and flu, while there are people who believe it can increase vitality, longevity, and energy. In Russia, it is widely used as an “adaptogen,” or a substance that supposedly helps the body cope with physical and mental stress. 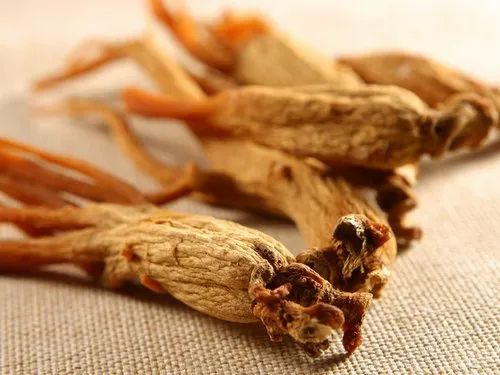 In herbal and traditional medicines, eleuthero is applied to treat various health conditions.

However, there are only limited studies that show Siberian ginseng to provide proven advantages in both animal and human studies. Many of the established benefits of eleuthero are still unclear.

Here are the potential health benefits of this herb:

It Could Increase Energy and Reduce Fatigue

Being a stimulant, Siberian ginseng could boost energy levels as it contains compounds that can help overcome exhaustion. It also has chemicals that can prevent the side effects of fatigue. 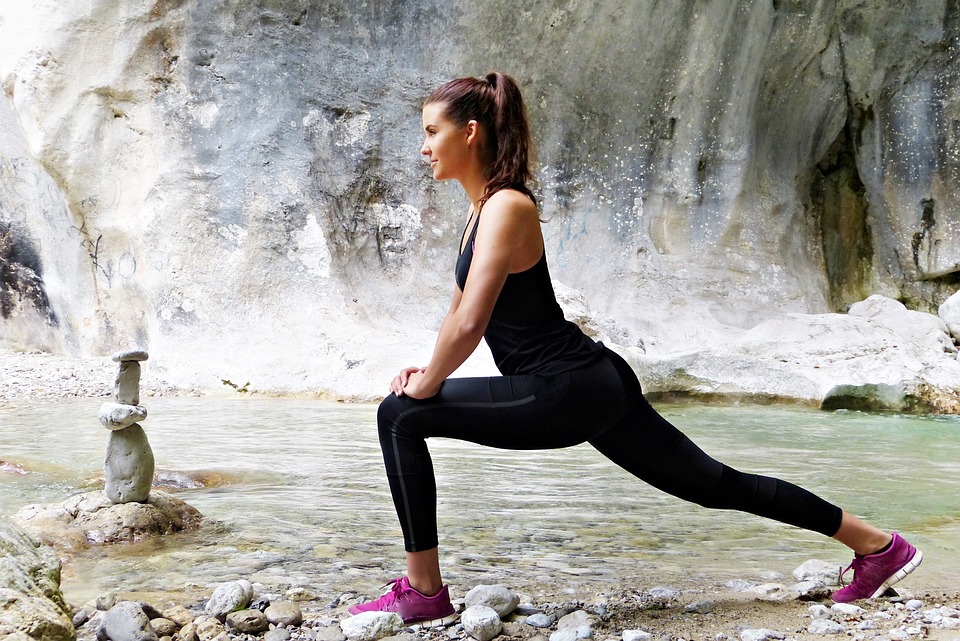 In one study, the consumption of eleuthero was found to significantly increase the exhaustion point of swimming rodents. It did this by reducing the buildup of blood urea nitrogen and lactic acid. It was also found to increase the utilization of fat.

Eleuthero is believed to improve blood circulation in the body. By increasing circulation, the herb may help enhance blood flow to the brain and improve mental functions such as concentration and memory.

There are studies that have shown Panax ginseng to have anti-cancer and anti-tumour effects.

Some research studies suggest that eleuthero may also provide similar properties. It could be particularly useful for lung cancer.

Since it is a stimulant, Siberian ginseng could provide the ability for the muscles to do more work, especially during periods of severe physical exertion. 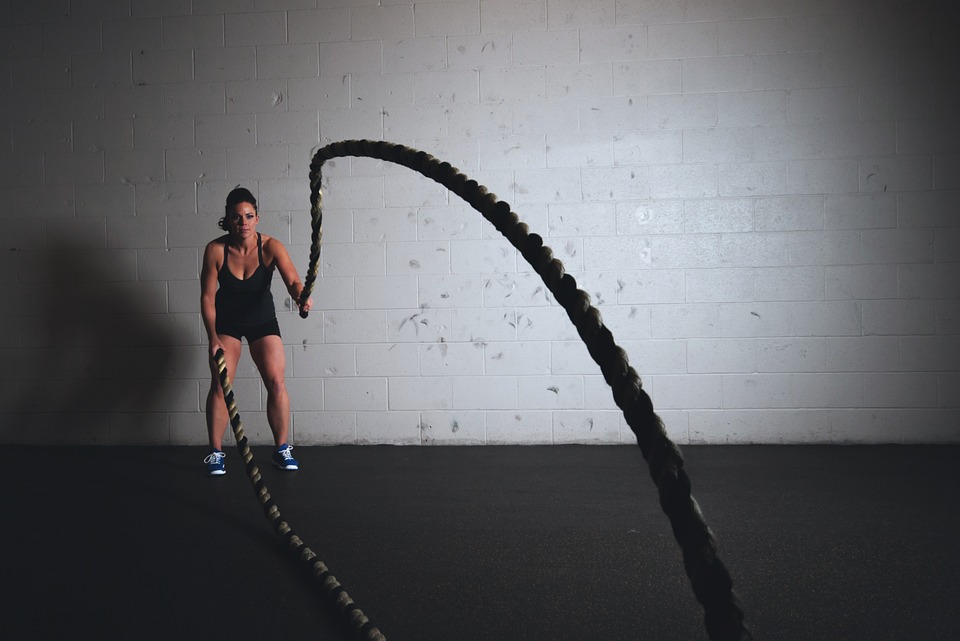 A 2010 study found that subjects who consumed 800mg of eleuthero per day for 8 weeks had increased endurance time by up to 23%. The researchers also learned that the peak oxygen saturation of the subjects was higher by 12% as well as the heart rate by 3%.

It Could be Used for Healing Wounds and Preventing Ulcers

With possibilities in enhancing the immune system, Siberian ginseng could speed up and improve the healing process of the body.

Some compounds in eleuthero have also been shown to stop the formation of ulcers, particularly in diabetic foot ulcers.

Operating as a stimulant, eleuthero may improve blood circulation and heart rate in individuals. It could be used to slowly raise blood pressure over time.

People who have low blood pressure may benefit from consuming Siberian ginseng. However, it may increase the risk in people who already have hypertension (high blood pressure).

It Could Reduce Osteoporosis

According to several traditional medicines, Siberian ginseng is often used in strengthening bone and muscle strength. This could be beneficial in improving athletic performance. In one 2013 study on rats, the subjects were given 100mg of eleuthero each day for 8 weeks. The results showed that the rodents had a 16.7% increase in their femur bone density after the time period.

May Help with Menopause

Extracts of Siberian ginseng and eleutherosides have been known to bind to the receptor sites of estrogen.

Some experts believe that eleuthero can lessen the effects of estrogen withdrawal in women who are currently experiencing menopause. However, women suffering from estrogen-driven cancer should consult their doctor before consuming Siberian ginseng.

Eleutherosides have been found to enhance lymphatic function within the lymph node network. This means that they may be used in reducing edema. Edema is a condition wherein a part of the body swells due to fluid build-up. 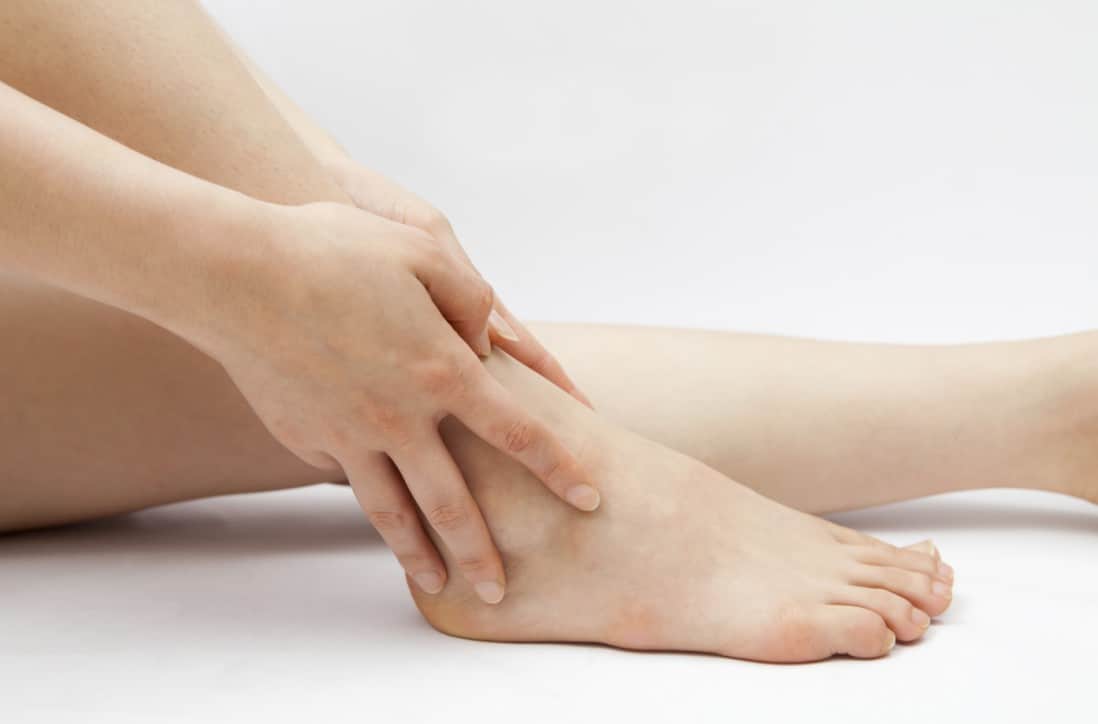 In a 2016 study, 50 healthy subjects were found to have significantly reduced edema within 4 hours after they consumed eleuthero powder.

May Prevent and Repair Damage to Nerves

Some studies have shown that the substance eleutherosides could help in preventing and repairing nerve damage.

Researchers have studied eleuthero and found that it could be a potential preventative or management medicine for neurological disorders like Alzheimer’s disease.

In another study, eleuthero was found to improve nerve regeneration in rats along with synapse reformation.

It Could Stabilize Blood Sugar Levels

Eleutherosides have been found to reduce resistance to insulin and are considered as a potential method of managing type 2 diabetes. 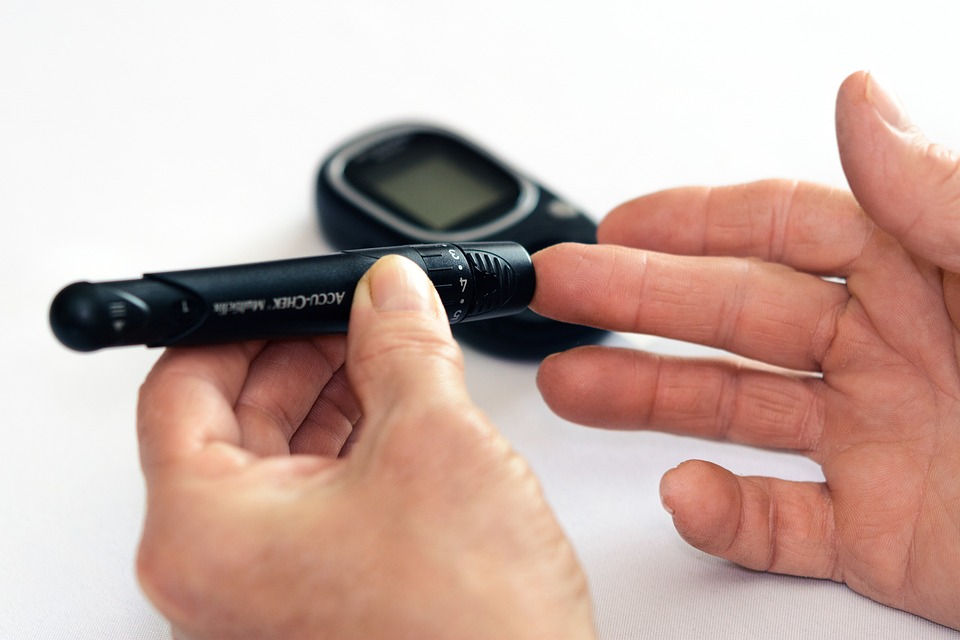 In a 2013 study, scientists learned that 480mg of eleuthero per day can significantly lower fasting and blood sugar levels in subjects that have type 2 diabetes.

The chemical composition of the leaves and roots of eleuthero varies with the season. Its roots contain the most active ingredients during October, with its level dropping by July. 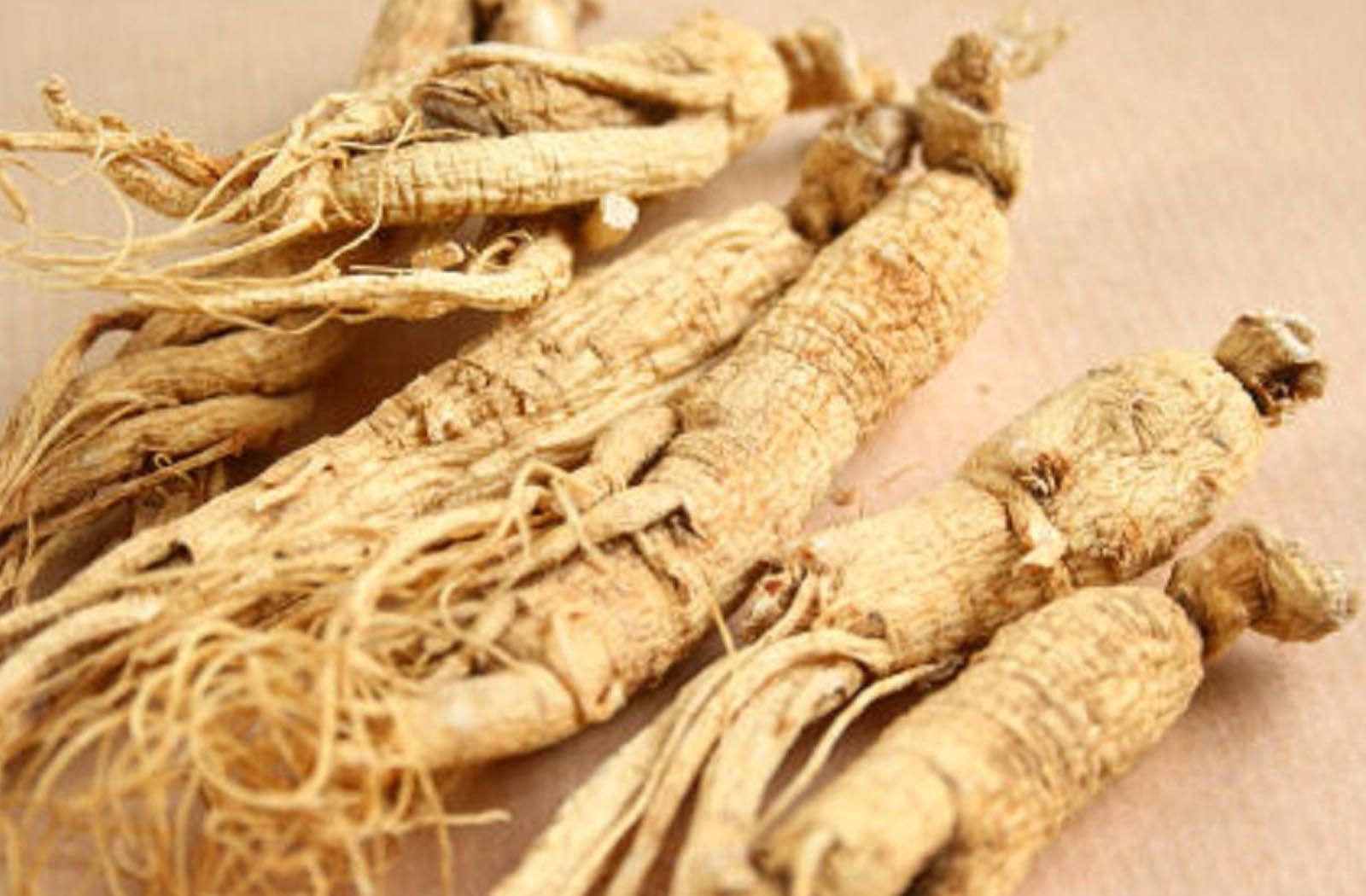 The methanolic extracts of eleutherococcus root contains a glycoside fraction that includes different eleutherosides. It can also contain sucrose, glucose, vitamin E, betulinic acid, beta-carotene, beta-sitosterol, and caffeic acid. Meanwhile, the eleutherosides present in the roots, berries, and leaves are labeled as A through M with varying structures that belong to different groups.

What to Consider When Buying Siberian Ginseng

Eleuthero extracts are obtained from the bark, stems, roots, or leaves of the plant. The herb can be sold as tablets, capsules, tinctures, or in powdered form. 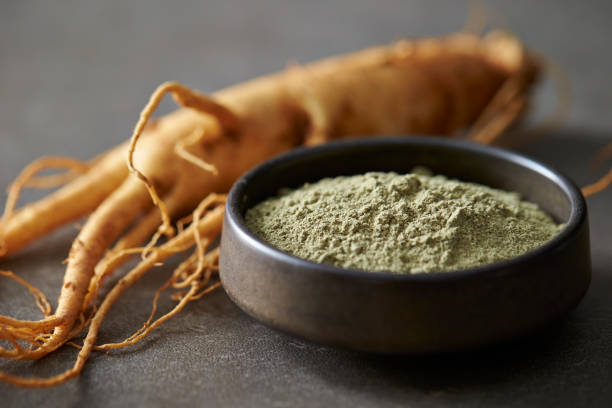 People have also been using the herb whole or by drying its leaves and stems for boiling in tea. Some have also eaten the fresh fruit of the plant raw.

Although it can be sold by itself, eleuthero is commonly found as an ingredient in tonics and multivitamins. It could help improve immune function, promote vitality, and increase energy levels.

The US Food and Drug Administration (FDA) has outlined specific regulations and guidelines concerning the production and sale of herbal supplements. Each product should be able to meet the guidelines and regulations before it can be sold and marketed as supplements.

Meanwhile, the United States Pharmacopeia (USP) is a third-party research organization that tests the safety and quality of herbal and dietary supplements.

Siberian ginseng, particularly eleutheroside B, is often the primary bioactive ingredient used in supplements. Pharmacists should be able to recommend the right products that contain this substance.

How to Consume Siberian Ginseng

There is currently no standard recommended dosage for Siberian ginseng. How the plant is used will depend on the form, formula, and the expected health benefit.

Children should not be given the herb as it is not considered to be safe for them. For people past the age of 18, the typical dosage recommendations are:

Before deciding to take any herbal supplement, it is always important to seek advice from a doctor first. It can be even more helpful if you brought the product or bottle for reference.

Potential Side Effects of Siberian Ginseng

Consuming Siberian ginseng may result in adverse reactions, contraindications, toxicity, and warnings that are similar to all Panax species.

For instance, high doses of eleuthero is often associated with insomnia, anxiety, and irritability. In human studies, however, only a few adverse reactions were observed. Some of these effects included headaches, diarrheas, skin eruptions, hypertension, and pericardial pain.

In mice, eleuthero was found to increase aggressiveness.

Meanwhile, in a small study, Siberian ginseng showed a hyperglycemic effect in healthy human subjects. That is why caution is advised to those who are diabetic and wish to take this herb.

In other studies, adverse reactions included slight drowsiness and languor immediately after consumption, potentially due to its hypoglycemic effect.

Despite the uncertain research behind Siberian ginseng, the herb should be safe for consumption. However, individuals are advised to follow the recommended dosage, particularly those that were shown in the studies.

When purchasing an herbal supplement, ensure that you have purchased Siberian ginseng or eleuthero, and not a true ginseng. Although they are somewhat related, they are different types of herbs with varying safety outlines.

Finally, herbal supplements containing Siberian ginseng are not monitored by the FDA for purity and quality. Interested buyers are advised to purchase eleuthero with caution.

Pregnant or breastfeeding women should avoid using eleuthero and children under the age of 2 years old should not be given its extracts as well.