PLANT-BASED PROTEIN SOURCES YOU CAN COUNT ON

Despite what most individuals think, there are actually numerous ways people on vegan or vegetarian diets can get enough protein. However, this does not mean that all plant-based proteins are considered complete.

Despite what most individuals think, there are actually numerous ways people on vegan or vegetarian diets can get enough protein. However, this does not mean that all plant-based proteins are considered complete. Complete proteins are the macronutrients that provide sufficient amounts of the nine essential amino acids.

These amino acids are the building blocks of protein. Although your body can generate them, these nine have to be acquired through diet. These essential amino acids are histidine, isoleucine, leucine, lysine, methionine, phenylalanine, threonine, tryptophan, and valine.

Animal products such as fish, beef, eggs, and dairy contain sufficient amounts of essential amino acids. That is why they are considered complete proteins. 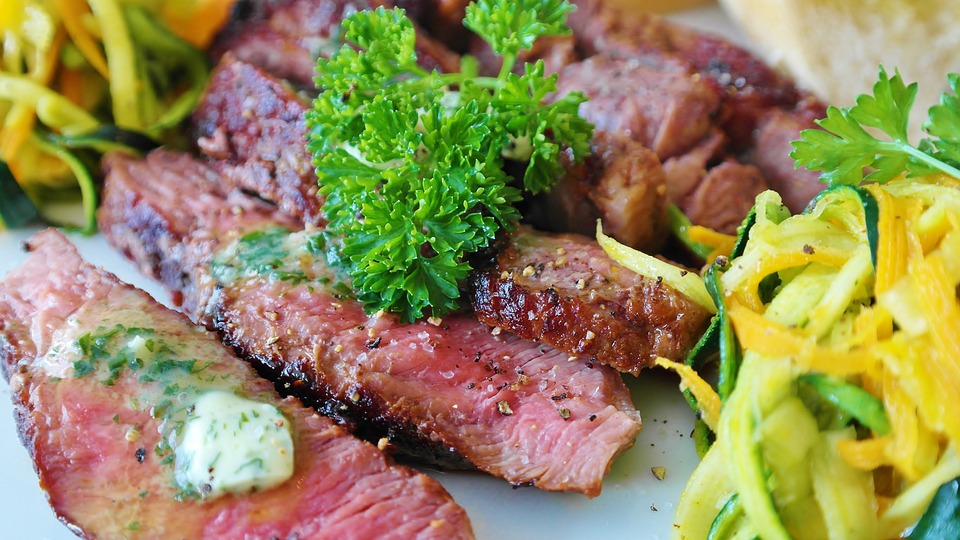 Most plant-based protein sources contain very low or are missing one of the essential amino acids. These are considered as incomplete vegan protein sources.

However, given that plant-based foods still have various amounts of amino acids, a person can still obtain sufficient amounts of each essential amino acid profile by varying their diet. Combining complementary plant proteins thus becomes necessary.

The following are 10 vegan protein sources you can count on. 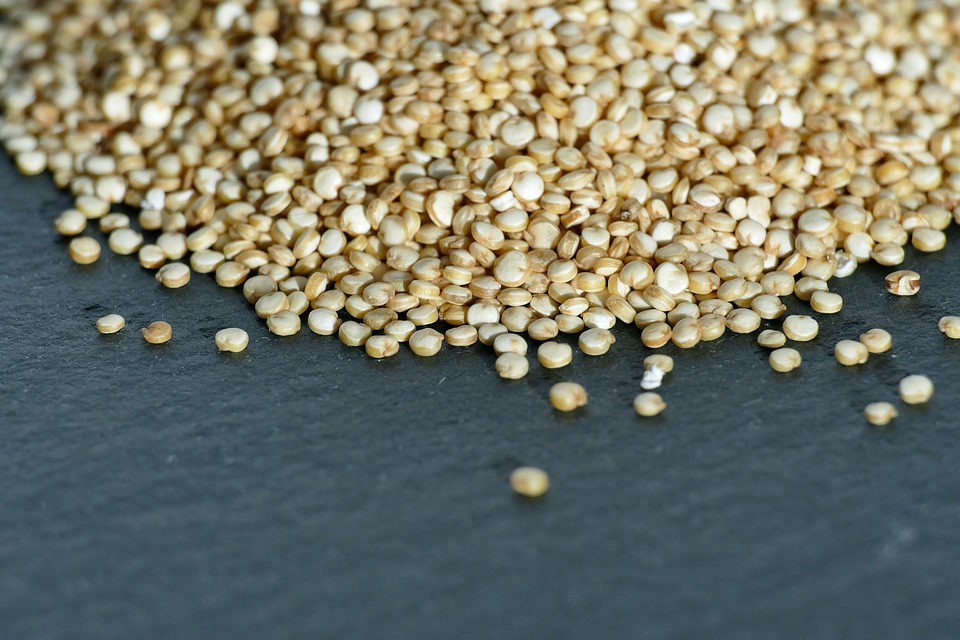 Quinoa is a grain that has been used since ancient times. It has an appearance similar to couscous but provides a crunchy texture as well as a nutty flavor. Since it does not grow from grasses like grains and cereals, it is considered to be a pseudocereal that is naturally free of gluten.

According to researchers, a cup containing 185 grams of cooked quinoa can provide around 8 grams of protein.

Besides being an excellent plant-based protein source, quinoa can provide you with iron, magnesium, zinc, and fibre.

Quinoa can be used as a replacement for rice in many recipes. You can choose to simmer it in plant-based milk for a high protein breakfast. 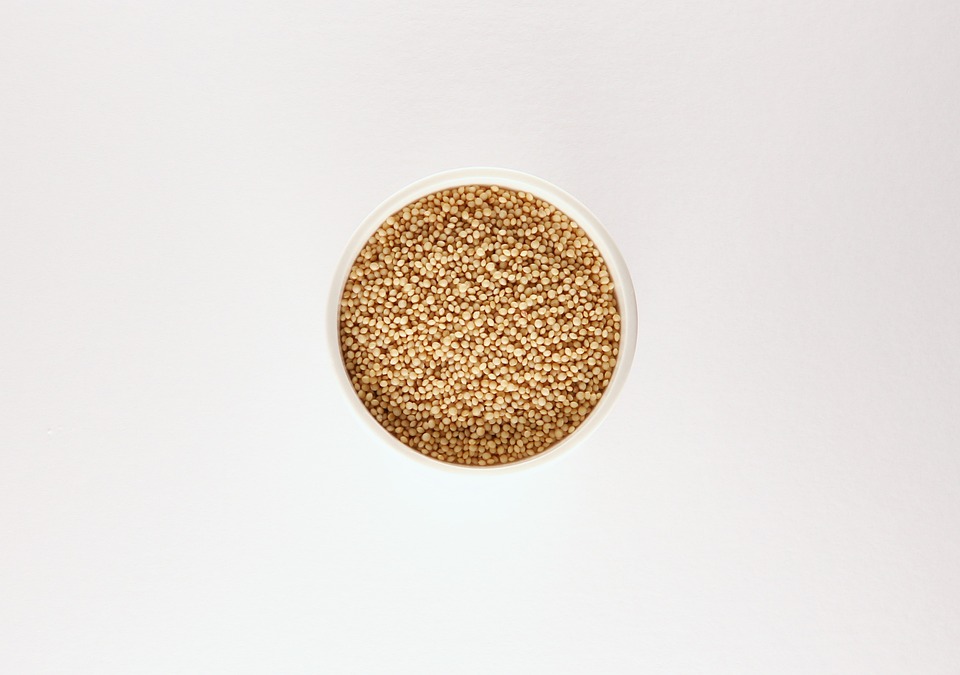 Another pseudo cereal in this list is amaranth. According to a study, it is a complete source of vegan protein that can provide its consumers with dietary fibre.

Amaranth was once considered to be a staple in Aztec, Mayan, and Incan cultures and has now become a trendy gluten-free grain option. The grain is very versatile as it can be boiled as a side dish and mixed in a skillet to add texture to salads or granola bars. It has similarities to quinoa in that amaranth has a nutty taste and crunchy texture. 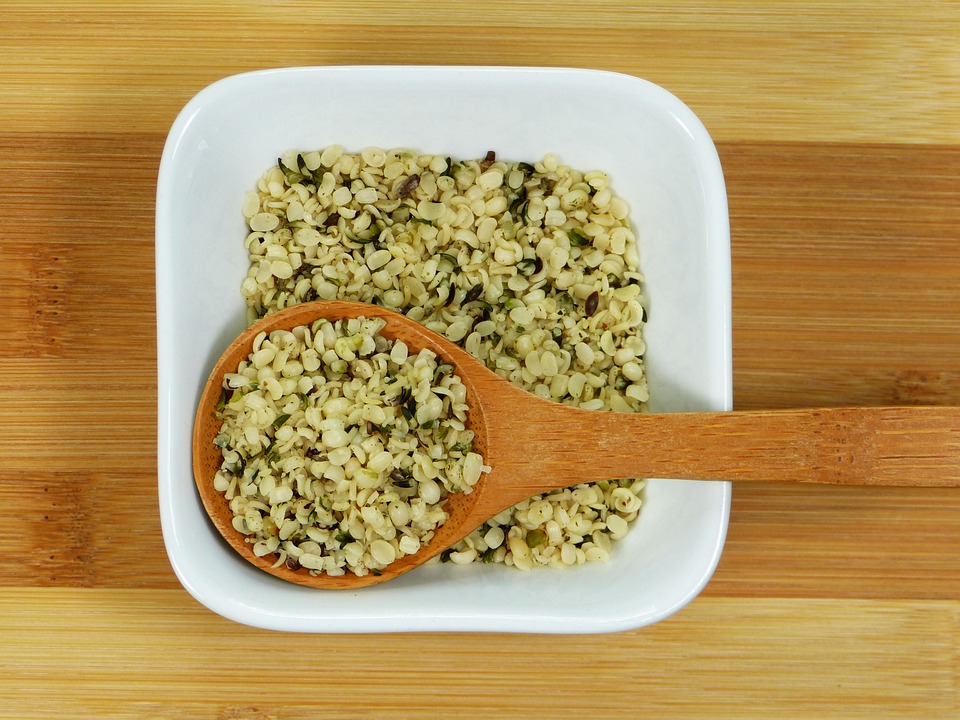 Obtained from the Cannabis sativa hemp plant, hemp seeds are a part of the same species as marijuana. However, they contain very little tetrahydrocannabinol (THC), which is what causes the psychoactive effect. Hemp seeds are very unlikely to contain sufficient amounts of THC to cause the euphoria associated with marijuana.

Technically considered to be a nut, the edible whites within these hemp seeds are called hemp hearts and are very nutritious. Besides being a great source of protein, hemp hearts are rich in the essential fatty acids omega-6 and omega-3.

Three tablespoons of raw hemp seeds (around 30 grams) provides 10 grams of protein and 15% of the daily iron your body needs. They are also a good source of zinc, magnesium, phosphorus, and potassium.

Hemp seeds have a nutty taste and can be added on top of salads or yogurts. You can also mix them into vegan protein shakes or create your own homemade energy bars. 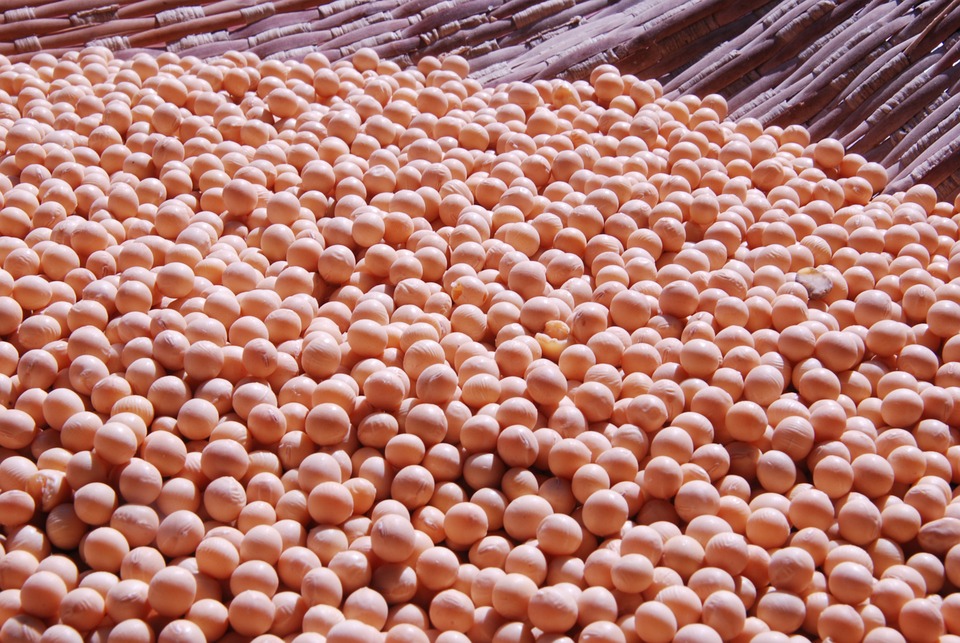 Tofu, tempeh, and edamame all come from soybeans. These three make for great plant-based sources of protein.

Tofu is created by coagulating soy milk and pressed into blocks. It comes in various textures, including firm, extra-firm, and silken. Since it is quite bland, tofu tends to adapt to the flavor of the food with which it is added.

A three-ounce serving of tofu (approximately 85 grams) can provide around 8 grams of protein. It also adds 15% of the Daily Value for calcium including small amounts of iron and potassium.

The chewy tempeh can have a nuttier flavor compared to tofu. It is made from fermented soybeans that are usually combined with other grains and seeds to form a dense cake.

Edamame beans are whole and unripe soybeans that have a green and slightly grassy flavor. They are often boiled or steamed and can be consumed as a snack. Additionally, edamame can be added to grain bowls, salads, and soups. 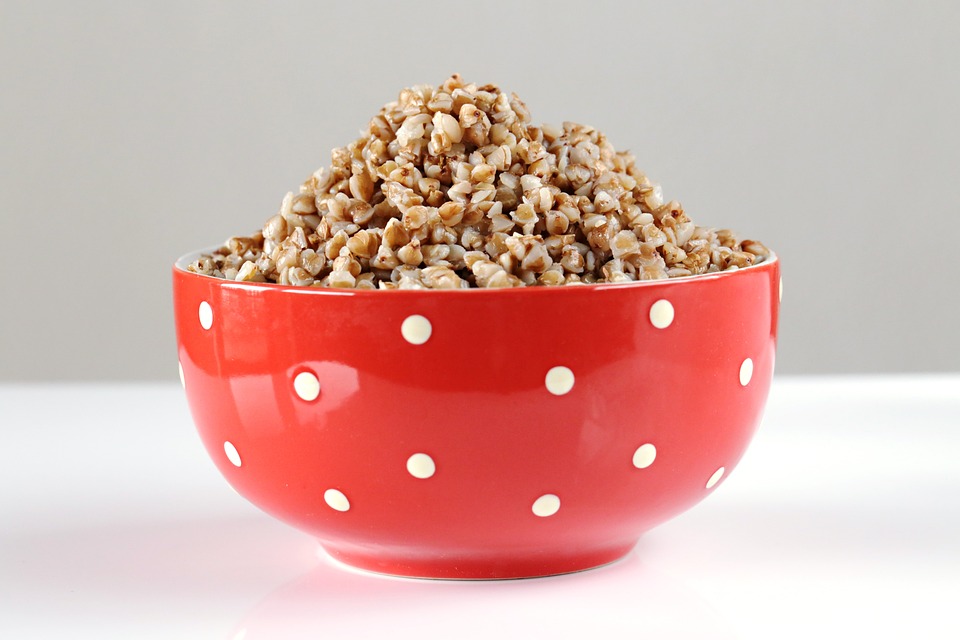 Although buckwheat does not have the same amounts of high protein as amaranth or quinoa, it can be considered a pseudocereal that provides a plant-based source of protein.

It has a nutty flavor that can have its hulled kernels cooked similarly to oatmeal. People can also ground it into flour and use it in baking. The Japanese have used buckwheat mostly to form noodles known as soba.

A cup of cooked buckwheat (around 168 grams) gives around 6 grams of protein. Buckwheat is a great source of essential minerals like manganese, phosphorus, copper, iron, and magnesium. 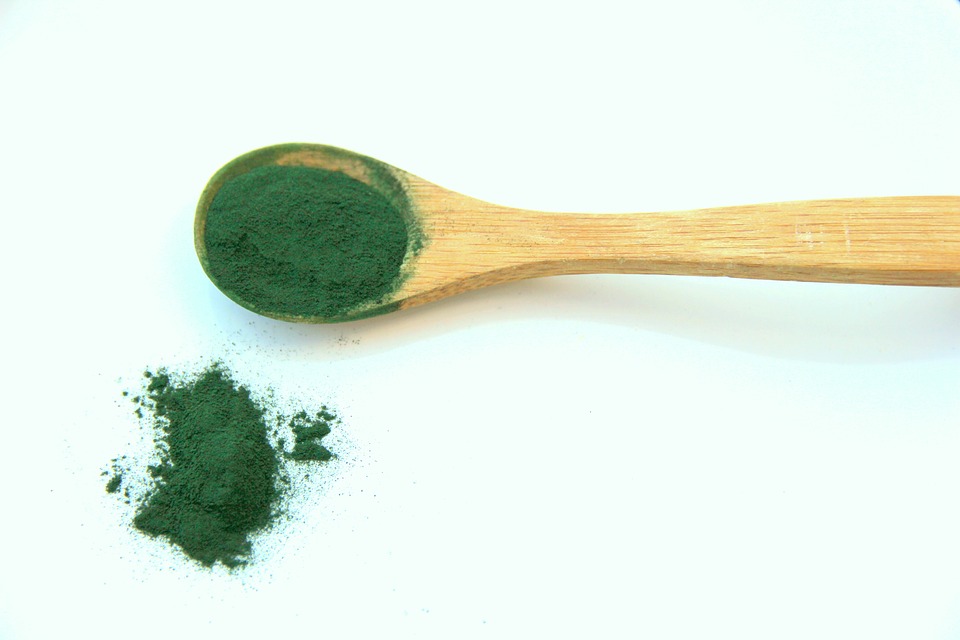 A popular supplement used in many vegan and vegetarian diets nowadays is spirulina. This is a type of algae that can be bought as a protein powder to be added to various recipes. 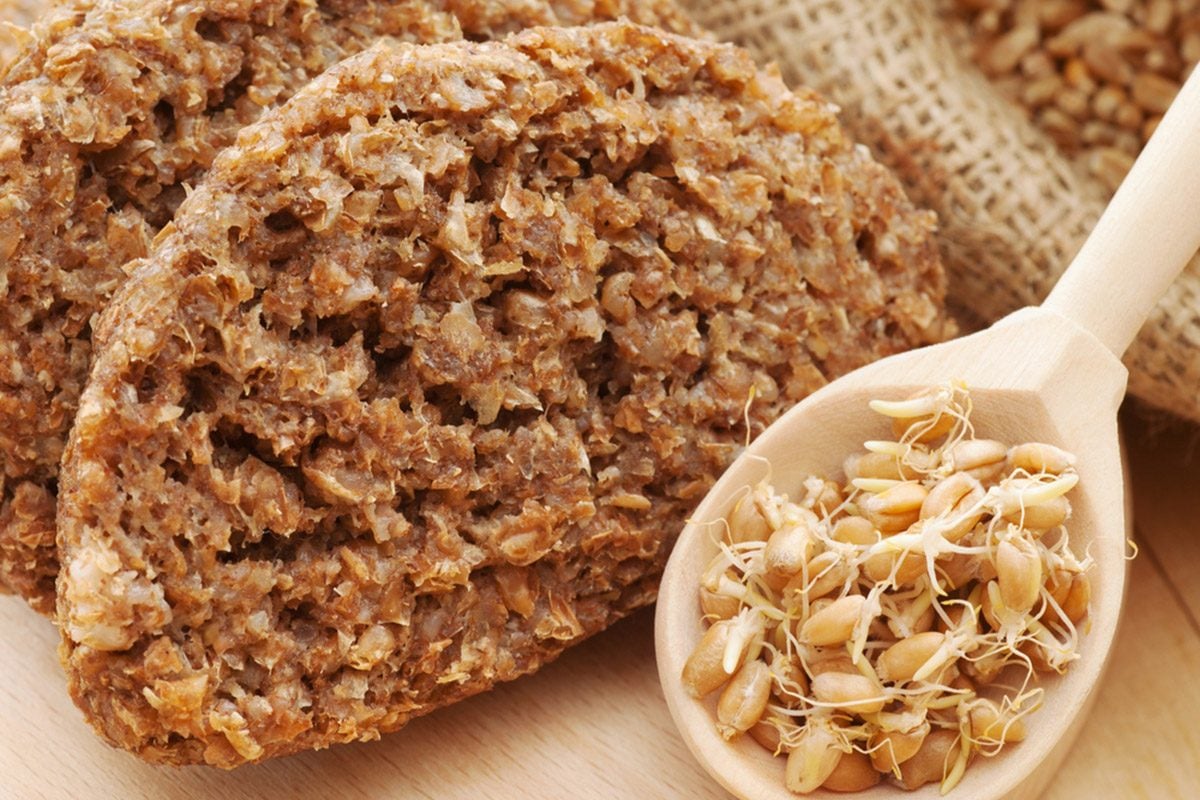 Ezekiel bread is composed of sprouted legumes and whole grains like soybeans, wheat, barley, millet, lentils, and spelt. Two slices of this break (around 68 grams) contains 8 grams of protein.

Compared to most breads, its combination of legumes and whole grains provides all of the essential amino acids the body needs. Aside from that, studies have suggested that sprouting legumes and grains increase amino acid content, particularly their content of lysine. 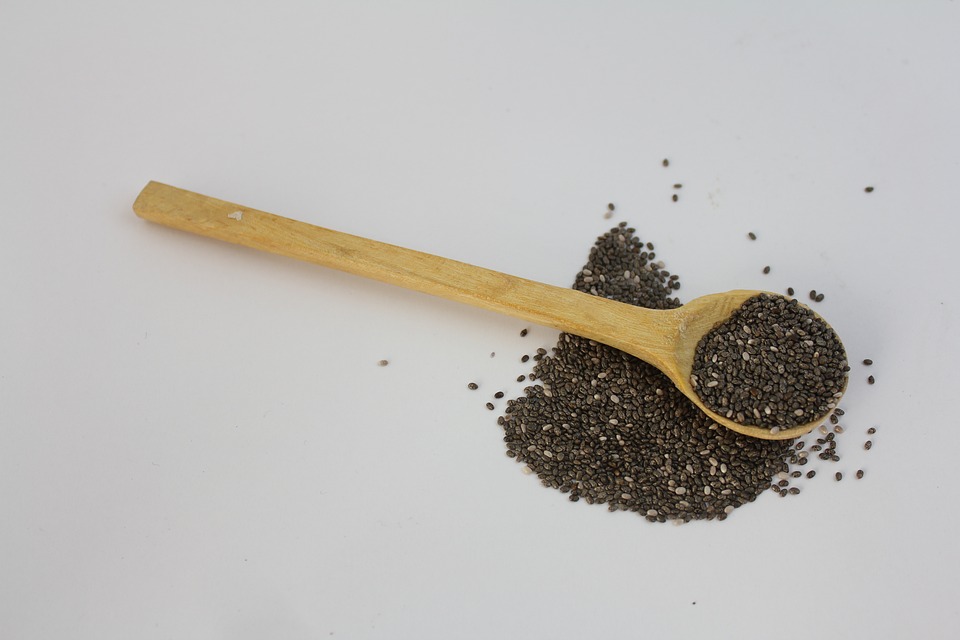 Chia seeds are very small, round seeds that are usually white or black in colour. They are unique in the sense that they can absorb liquid and form a substance similar to gel. That is why chia seeds are often used to make pectin-free jams and puddings. They have also been used as an egg substitute in baking.

Chia seeds can also be consumed as a raw topping on salads or oatmeal. You can mix them on smoothies and even baked goods.

Two tablespoons of chia seeds (around 28 grams) can give 4 grams of protein. They are also a good source of selenium, calcium, iron, magnesium, and omega-3 fatty acids. 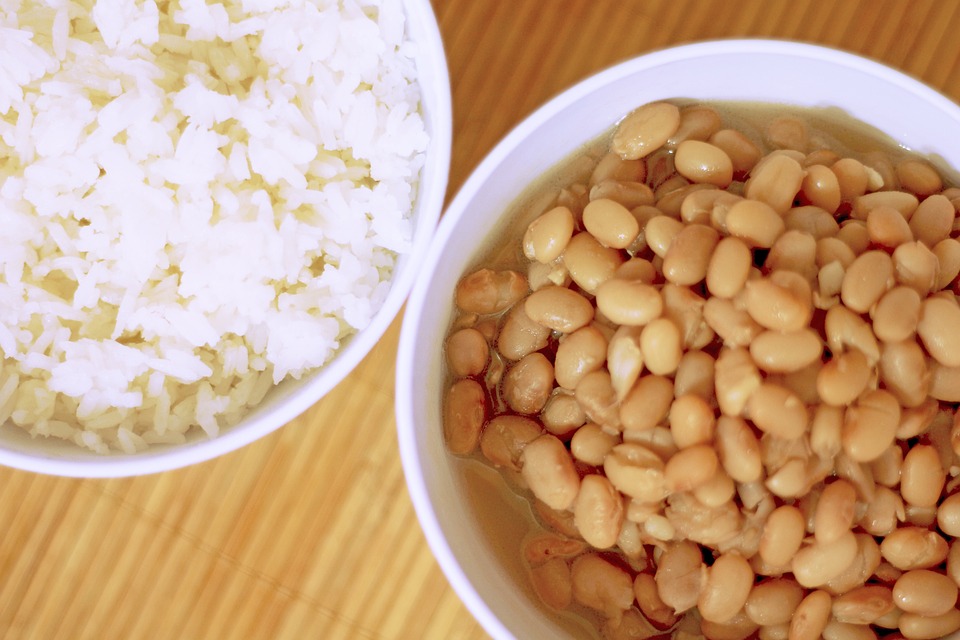 Rice and beans have been consumed by many vegans and vegetarians to provide them with a source of complete protein. Both white and brown rice varieties contain low lysine but are high in methionine. However, beans are low in methionine but high in lysine.

Combining rice and beans lets you get enough of each including the remaining seven essential amino acids to become a complete protein source. A cup of rice and beans (about 239 grams) can give 12 grams of protein including 10 grams of fibre. 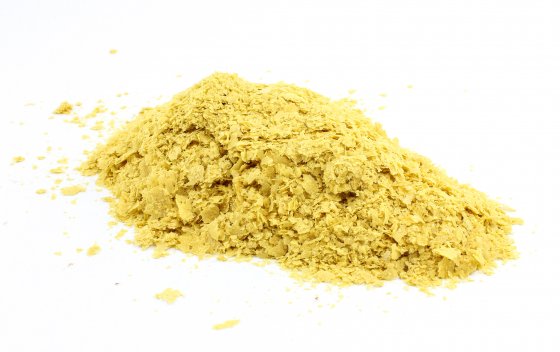 Nutritional yeast is the deactivated strain of Saccharomyces cerevisiae that is grown specifically as food. Commercially, shops sell nutritional yeast as yellow flakes or protein powders that have a distinctive flavor. They can be added to give recipes a cheese-like taste such as in mashed potatoes, popcorn, and pasta.

A one-fourth cup of nutritional yeast (around 15 grams) can provide 8 grams of complete protein. If fortified, it can also provide copper, zinc, magnesium, manganese, and all the other B vitamins (vitamin B12).

WHY IS PROTEIN IMPORTANT?

Being one of the three macronutrients (fat, carbohydrates, and protein), it goes without saying that the body requires enough protein to operate optimally. Most individuals are aware that protein plays an essential role in building and maintaining muscle. However, protein can do more than that.

In fact, nearly every part of the body from the hair to the enzymes is composed of protein. Each protein is made up of a combination of building blocks known as amino acids.

The body uses 20 different amino acids that it gets from foods to carry out various functions. All 20 amino acids are necessary for a person to operate regularly.

HOW MUCH PROTEIN DOES THE BODY NEED?

The Recommended Daily Allowance (RDA) for protein is around 0.8 grams per kilogram of body weight. For instance, a healthy female weighing 145lbs need at least 53 grams of protein daily.

The Acceptable Macronutrient Distribution Range (AMDR) in terms of protein is 10 to 35% of total calories in adult men and women. Consuming just the RDA lets you meet the lower end of this range.

For example, if the same woman’s total calories required is 2000, she has to eat anywhere from 50 grams to 175 grams of protein each day to stay healthy. 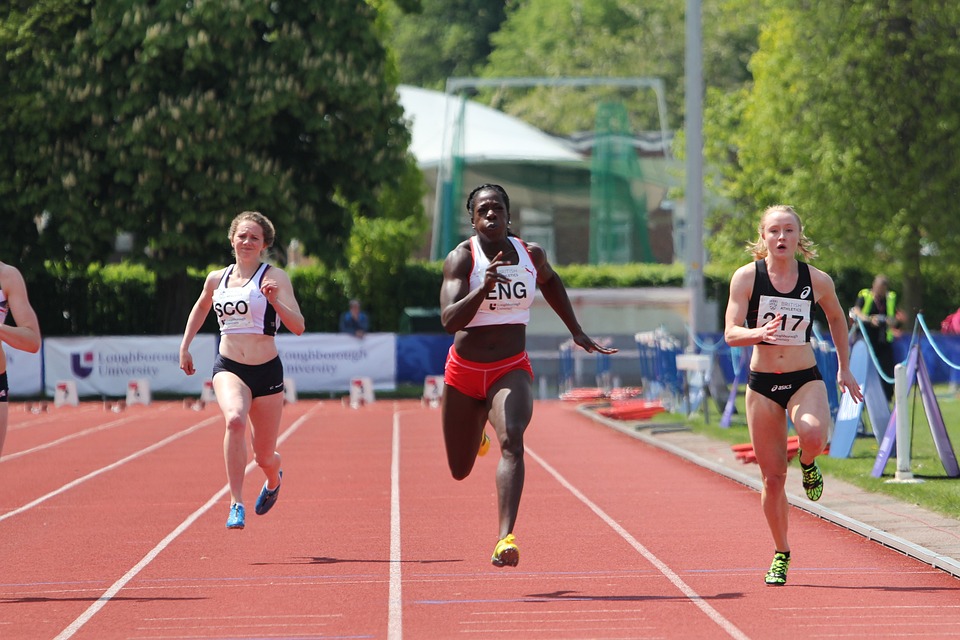 IS IT POSSIBLE TO GET ENOUGH PROTEIN ON A VEGAN DIET?

According to health experts, it is possible to get enough protein even when on a vegan or vegetarian diet. These diets often meet or exceed the recommended protein intakes, so long as caloric intakes are sufficient.

Below is an example menu showing how easy a person on a vegan diet can meet their protein needs:

The total amount of vegan protein for this approach is around 71.5 grams. This is more than adequate to meet the requirements of a 145lb female or a 190lb male.

WHAT ABOUT COMPLEMENTARY PROTEIN SOURCES?

Plant-based protein foods such as legumes and beans do not contain all 9 essential amino acids. As mentioned earlier, these are considered as incomplete protein sources.

The important thing to remember is that as long as you are consuming a variety of plant-based protein sources every day, you will be getting all the essential amino acids that you need.

WHAT IF A PERSON IS ALLERGIC TO SOY?

Although soy is an excellent source of getting plant-based protein, there are still other ways you can get this macronutrient. Beans, seeds, grains, and nuts are just a few examples.

For those who are not gluten-sensitive, consuming seitan may be an ideal option. Just be sure to check that its label has no soy added to the product. It is also possible to make your own homemade seitan from wheat gluten including broth to make sure that no soy is added. 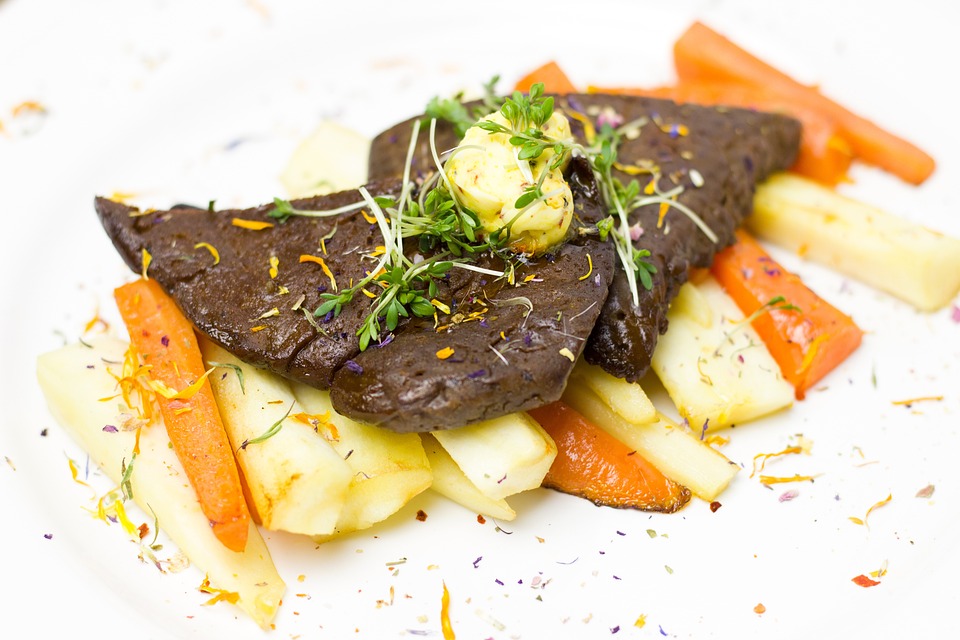 Quinoa can also provide the 9 essential amino acids you need. Just like anyone following the vegan diet, it is important to consume a variety of plant-based food sources each day to stay healthy.

Vegans and vegetarians can get all of the high protein they need by simply following a whole-food, plant-based diet. You do not have to spend extra effort to make sure you are getting sufficient amounts of protein. 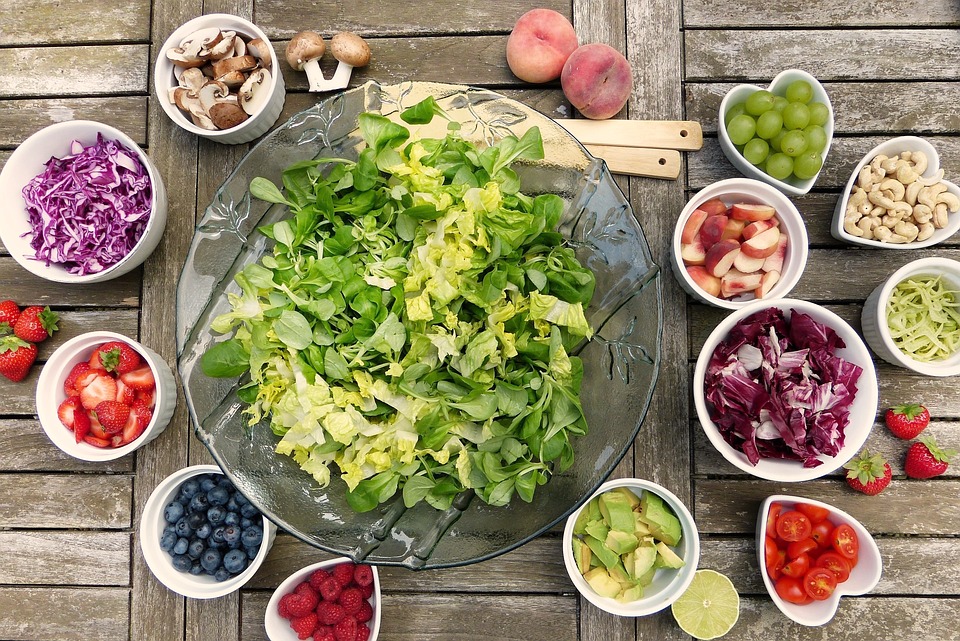 The plant-based protein sources listed above are some examples of whole plant foods that have high concentrations of the macronutrient. However, it’s not just tofu, nuts, and beans that pack the right amount of vegan protein. Nearly everything else in whole-food plant-based diets has vegan protein content around or above the 12 to 15 percent of total calories.

Combining all of these together can give you a diet with sufficient amounts of protein – even for athletes. The list provided in this article should give you enough choices to get started in your protein-packed vegetarian or vegan diet. This should help you avoid protein deficiencies that can lead to various health conditions.

The bottom line is that the best sources of protein are whole plant foods that provide ample amounts of protein without added cholesterol.

Hemp protein contains a unique mixture of two proteins, Edestin and Albumin making it far more digestible to humans than whey protein and other forms of plant based protein.