Did you know that protein is an essential nutrient for losing weight?

Having enough of this from your diet can improve metabolism, reduce appetite, and help the body shed fat without losing muscle.

Protein powders are an excellent way of incorporating additional protein into a diet, with research showing that it could be beneficial to people when losing weight.

This post is going to provide you with details on how you can add protein powders for your weight loss.

What Are Protein Powders?

Protein powders are supplements that can be mixed with water to create drinks that are high in protein, although other ingredients can be added as well. They are a convenient way to add protein to a diet, particularly when high-quality protein foods are limited.

Although most individuals do not require them to meet their protein needs daily, they can be very useful for those who wish to increase their intake for various reasons.

Some of the most popular protein powders being sold in the market are:

This dairy-based protein is slowly absorbed by the body and contains all essential amino acids. 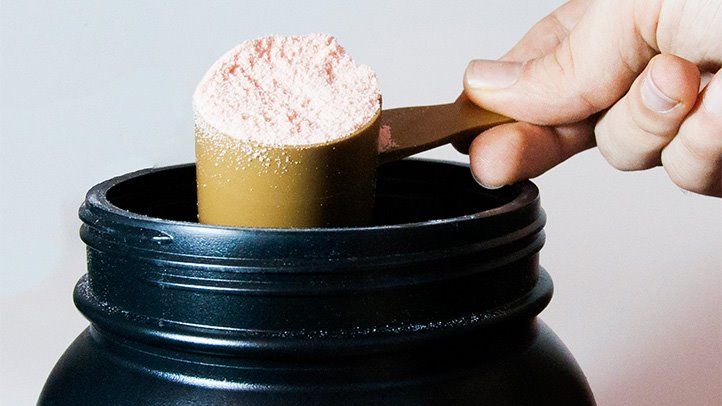 Whey is a dairy-based protein supplement that is immediately absorbed by the body. It also contains all essential amino acids. 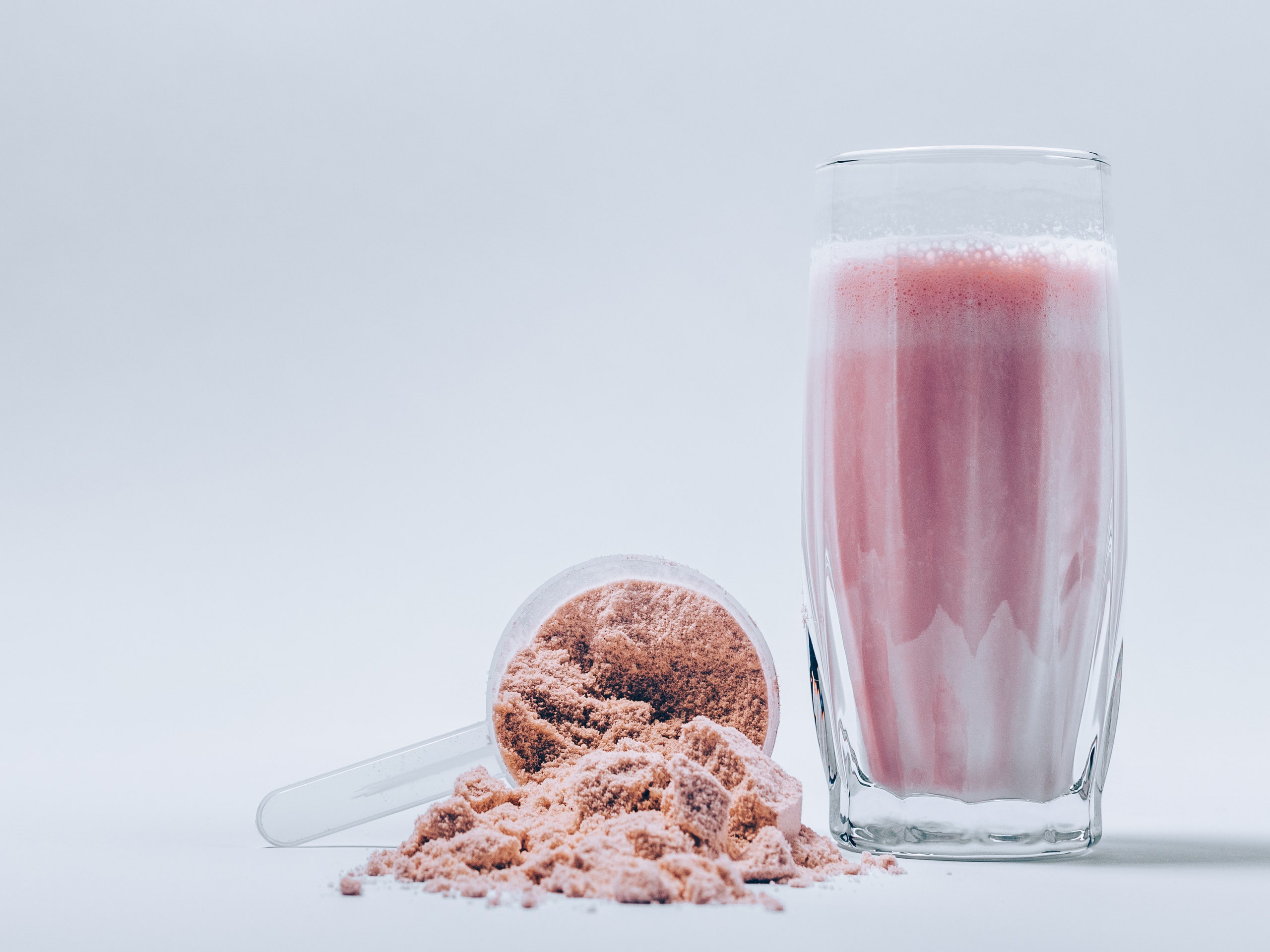 This plant-based protein contains all essential amino acids. It also has soy isoflavones, which could offer some health benefits. 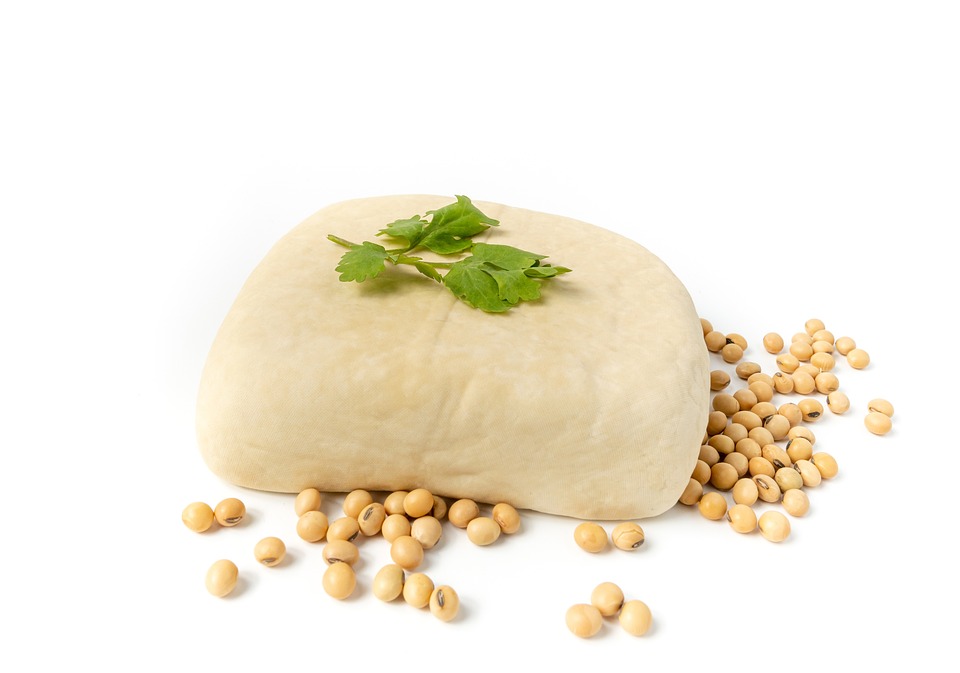 Another plant-based supplement that is high in omega-6 and omega-3 fats, but is low in the amino acid lysine.

Rice protein is a plant-based protein that is low in the essential amino acid called lysine. 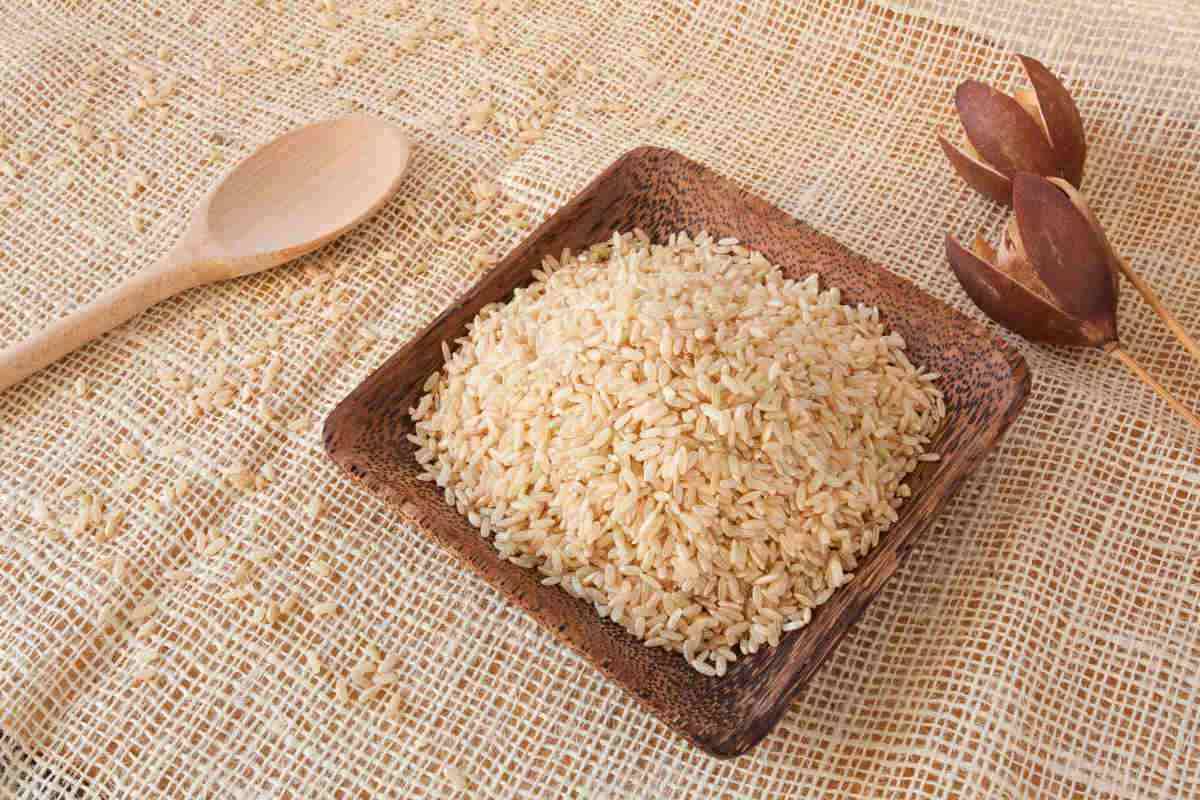 Pea protein – This protein is low in the essential amino acids methionine and cysteine. 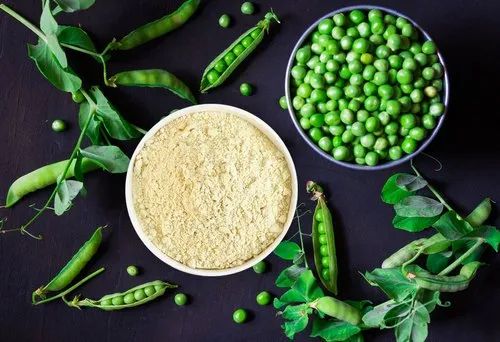 Some brands sell products containing a mix of various types of protein powders. For instance, many brands that promote plant-based protein powders combine types to complement the amino acid profile of each other.

There are two ways in which protein can lower hunger and appetite. The first is that it increases hormones that reduce appetite such as CCK, PYY, and GLP-1 while reducing the hunger hormone called ghrelin. The second is that protein helps people in feeling full for a longer period.

In a study, participants who ate a high-protein breakfast had up to 135 fewer calories later in their day. 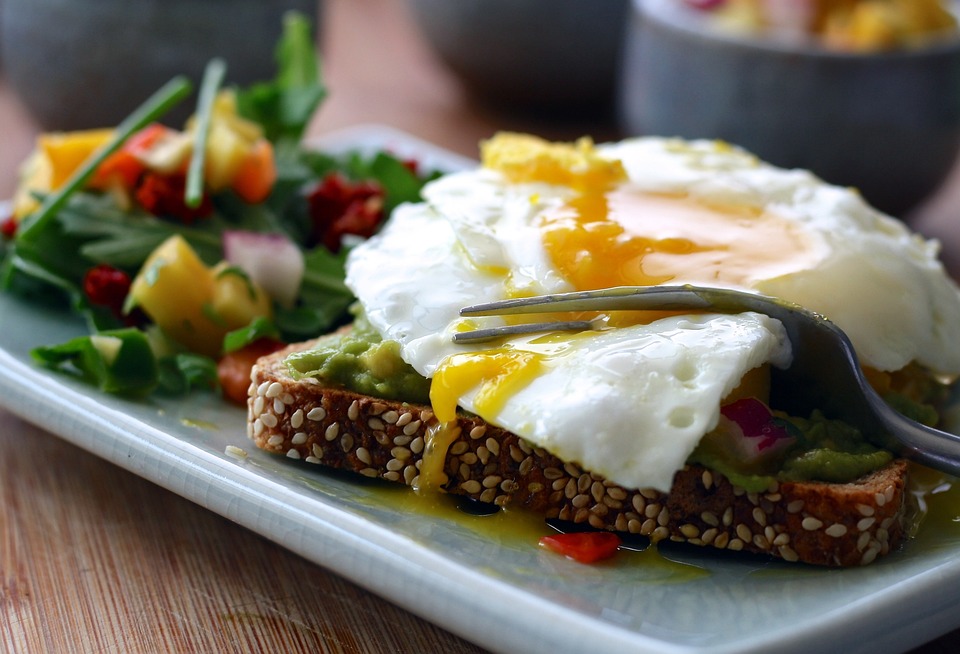 Meanwhile, another study showed overweight men who had been following a weight loss plan increase their protein intake to 25% of their total calories. Such increase reduced cravings by 60% and snacking late at night by half.

Increasing the intake of protein from 15% to 30% of the total calories allowed participants in another study to consume 441 fewer calories each day without actively attempting to reduce their portions. By the end of the study which lasted for 12 weeks, the subjects had lost around 11 pounds on average.

Protein powders can be a great way to add additional protein to any diet. However, it should be noted that it can still lead to consuming excess calories. 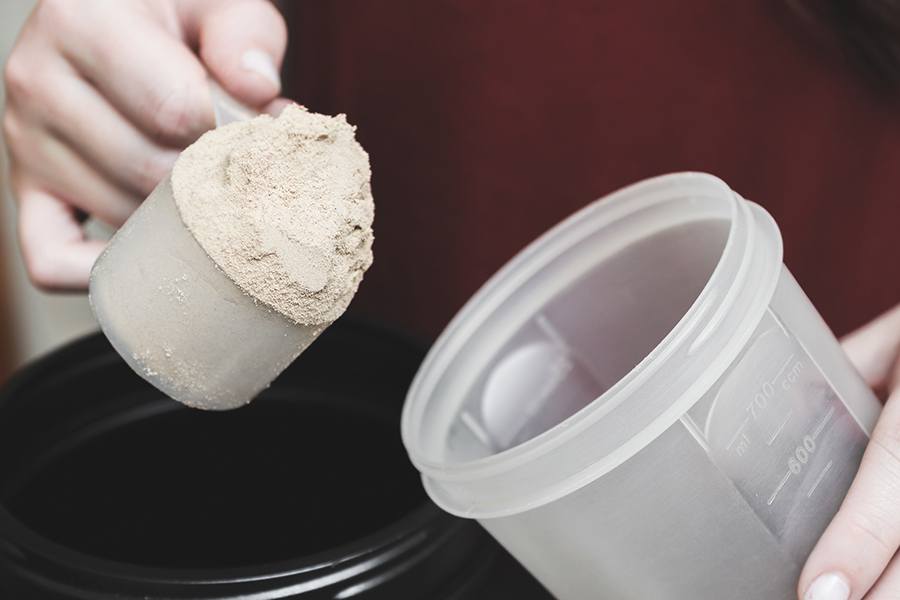 One study found that protein shakes containing 20 to 80 grams of protein all reduced hunger of participants by 50 to 65% regardless of the protein amount in the drinks.

For people looking to lose weight, aiming for 20 grams of protein for each drink should be enough to reduce hunger.

It is possible that high protein intake can improve one’s metabolism, helping to burn more calories per day. This may be due to the part that a high protein diet, particularly once combined with strength training, could help build muscle. Such a combination may enhance metabolism since muscle burns more calories compared to fat.

In one study, obese participants were given protein shakes with either 0 or 200 grams of additional protein each week. Those that were given the protein gained 2.8 pounds more weight after a 13-week training program.

Another study had researchers give their participants a mixture of foods and shakes providing either 1.1 g/lbs or 0.5 g/lbs of protein each day. After 6 weeks following this routine, subjects who had the higher-protein diet were able to gain 2.4 lbs more muscle and lose 2.9 lbs more fat. 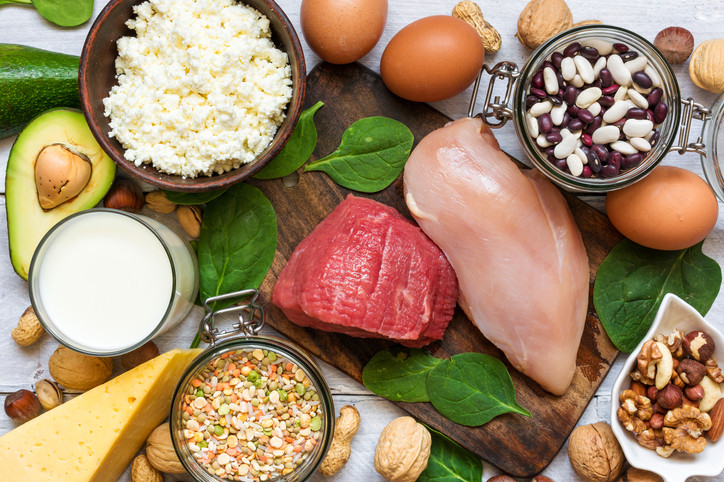 It is vital to note however that a person’s ability to gain muscle during a weight loss regimen may depend on the amount of muscle they already have.

Protein could also improve metabolism due to the amount of calories required to digest and metabolise the nutrient. This is called the thermic effect of food (TEF). For instance, 15 to 30% of protein calories are burned when digesting, while about 5 to 10% of carb calories and 0 to 3% of fat calories are burned during digestion.

In a study, subjects who followed a diet providing 25% of calories as protein lost around 10% more belly fat after 12 months compared to those who only had half this amount. 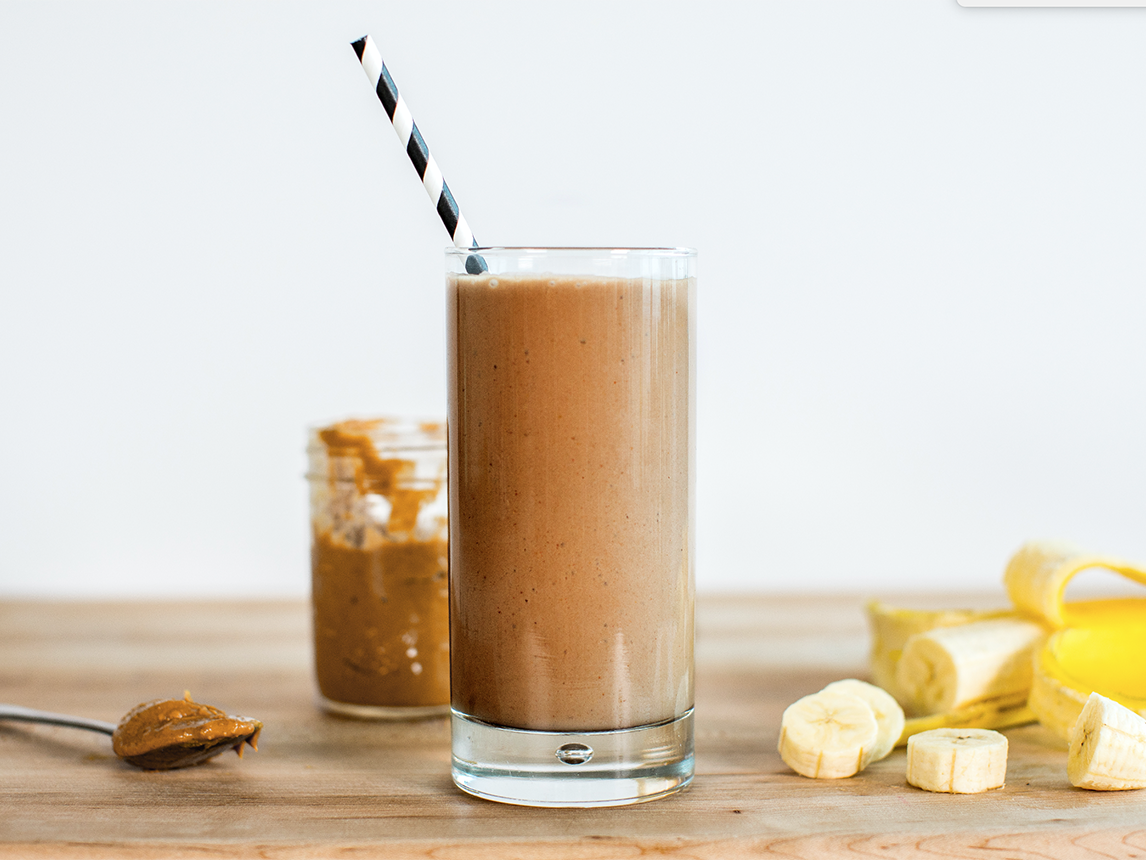 Another study showed that participants who were given 56 grams of whey protein powder extra each day had lost 5 pounds more by the end of a 23-week study period. The results occurred despite the subjects not consciously making any changes in their diet.

In a separate study, researchers compared the effects of the different weight-loss diets. The subjects who had more protein were found to have lost 31 pounds in just 3 months. The results were 23% higher compared to those who consumed protein less.

People who follow a weight loss diet often tend to lose muscle along the way, allowing them to slow down their metabolism. This process allows it to be easier to gain all the lost weight back once they stop the diet.

It is possible that a high protein intake added to strength training can help stop part of this metabolic slowdown and muscle loss.

In fact, scientists claimed that the metabolism of participants decreased less following a weight loss diet that gave 36% of calories as protein compared to a diet that provided half this amount. 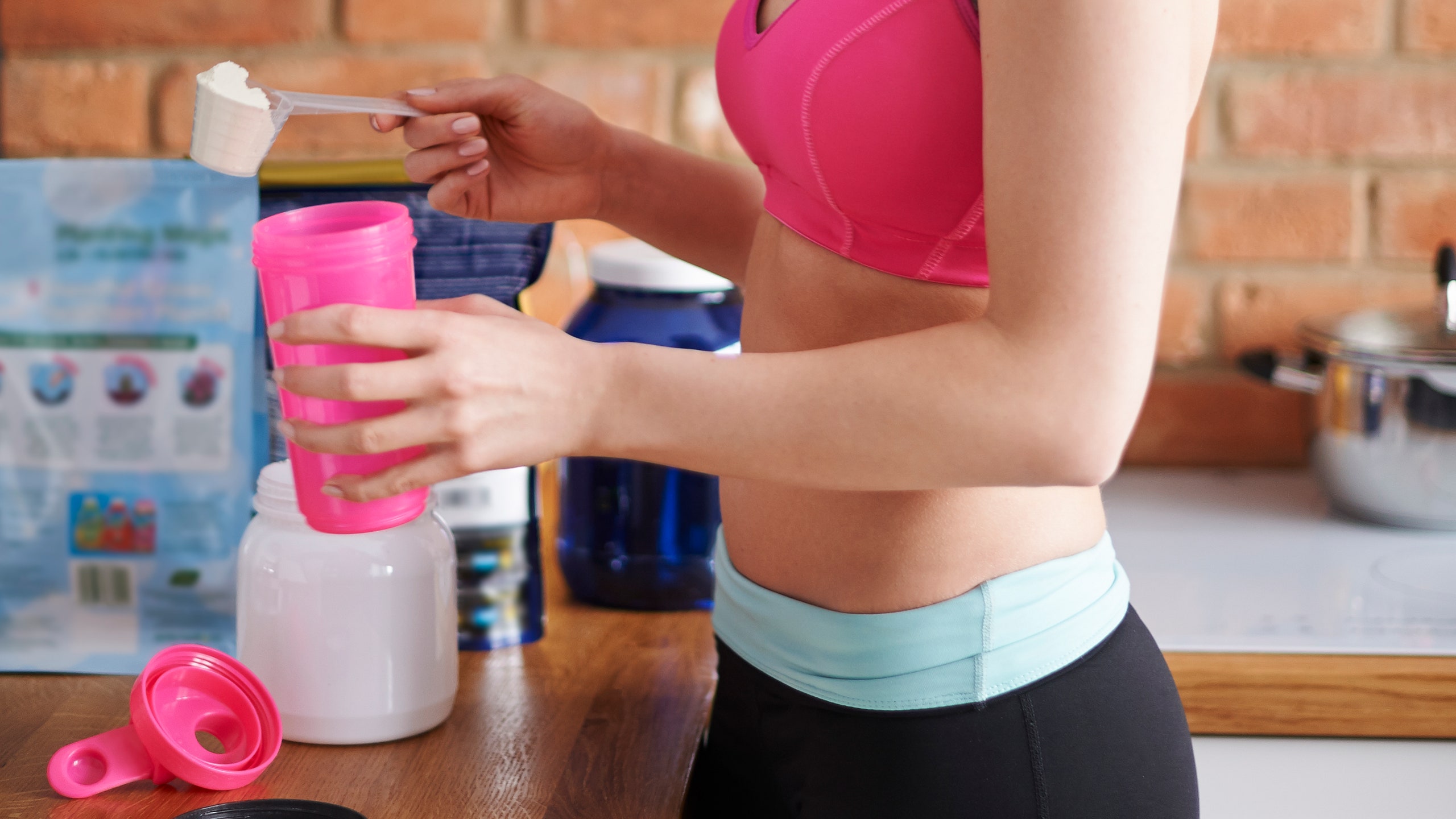 In one study, athletes were observed after giving them weight-loss diets that provided either 15 or 35% of calories from protein. Both diets were shown to help the subjects lose around the same amount of fat, yet those who had more protein lost 38% less of their muscle mass.

In a recent review, researchers noted that weight-loss diets going past 0.5 g/lbs of protein each day could help older adults retain more of their muscle while losing more fat.

The effect of protein on metabolism, muscle mass, and appetite could help keep a person from regaining fat that they lost.

One study suggested that subjects who were given more protein were found to have lost more weight and were able to maintain these results better than those who were given less. In fact, the group who had high protein regained only 9% of their lost weight, while the low protein group regained about 23%.

In another study, subjects who accomplished a weight loss intervention routine were given a supplement that had 48.2 grams of protein each day. The participants who consumed the supplement felt fuller after meals and also regained 50% less weight after 6 months, compared to those who had none. In a separate study, the same effects were noted to a group that had a supplement of 30 grams of protein per day. The results showed that consuming more is not necessarily going to provide better results.

Which is the Best Protein Powder?

The different types of protein have varying effects on the body. For example, whey is more easily absorbed compared to casein, helping consumers feel less hungry for a short while. 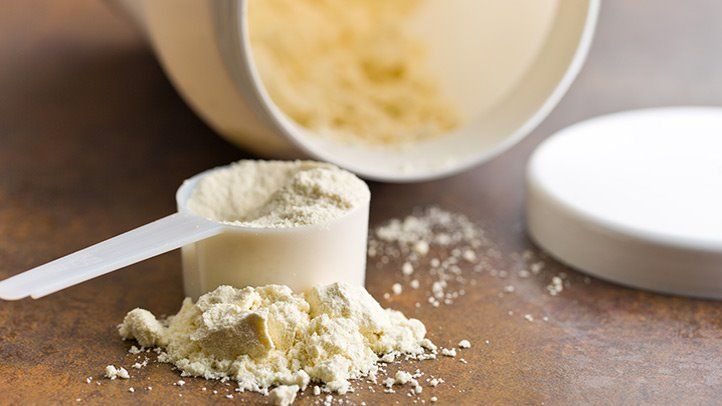 Another study revealed that whey is three times more effective in maintaining the body’s ability to build muscle throughout a weight loss diet compared to soy protein.

With that said, not all of the studies agree that whey is better. For instance, one study showed that the better hunger-reducing effects resulted in no differences with regards to the calories consumed during meals. 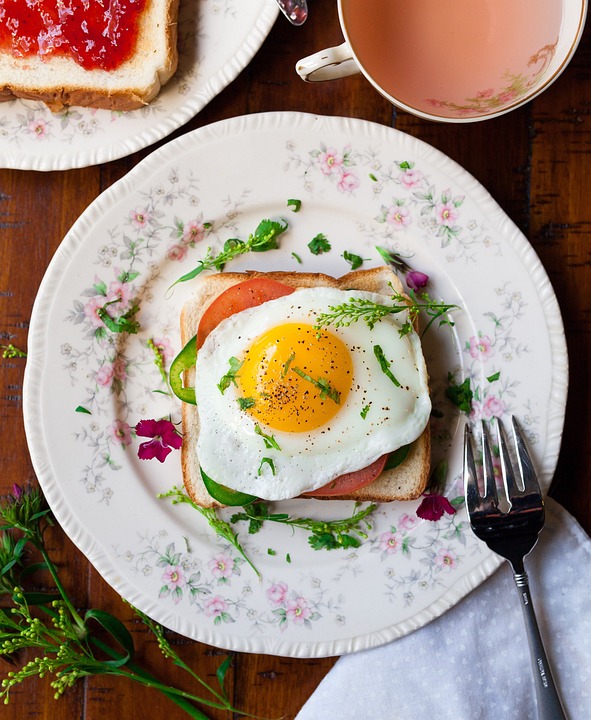 A factor to consider however would be the quality of protein is in question, Soy, whey, and casein all contain the essential amino acids required by the body to function properly.

On the other hand, rice and hemp protein were found to have low amounts of the amino acid lysine while pea protein is low in cysteine and methionine.

With that said, such deficiencies would not cause any complications unless the protein powder supplements are the only source of protein for a person.

Additionally, many plant-based protein powders combined various sources, allowing the mixture to have all of the essential amino acids required by the body.

Dosage and Side Effects

Consuming one protein powder shake per day should be enough when getting started. People should take them before a meal, with around one or two scoops of the powder in each drink.

Mixing the protein powder with ice, water, and a piece of fruit in a blender is one of the simplest ways to create a satisfying protein drink.

Although protein powders are safe to use, some can experience side effects after doing so. Some of the most common reactions include gas, cramps, bloating, and diarrhea, particularly in people who are lactose intolerant.

These symptoms can be avoided by switching to a different protein powder supplement and avoid those containing dairy.

Most individuals can readily obtain the protein requirements of their body without having to consume protein powders.

However, these supplements provide a safe, easy, and convenient way to add extra protein into any diet. This is particularly helpful for people who wish to gain muscle mass.

For people who wish to lose weight, the extra protein from these drinks can help them feel less hungry, allowing them to lose weight faster.