Nootropics have been shown to improve cognitive function, memory, focus, creativity and motivation. Learn more about how nootropics can enhance your mind.

Nootropics, also known as smart drugs, are a type of substance that has been shown to improve brain function. They are sometimes labelled as memory-enhancing substances, or simply, cognitive enhancers. 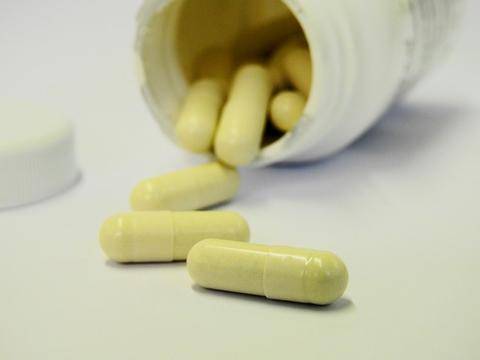 Doctors prescribe nootropics because of their stimulant effects. These effects are said to counteract symptoms from medical conditions like Alzheimer’s disease, attention deficit hyperactivity disorder, and narcolepsy.

Besides prescription nootropics, non-prescription ones have also been found to enhance focus or brain performance. One of the most common examples of nootropics that you can take without a prescription is caffeine. This type of nootropics is unable to treat disease but could have positive effects on memory, mental functions, and thinking in general.

HOW DO NOOTROPICS WORK?

In order to understand the way nootropics work, we first need to learn how the brain does its daily functions.

Compared to the brains of other mammals, the human brain is unique as it has an overdeveloped cerebral cortex. This development represents more than 80% of total brain mass, which contains more than 100 billion neurons. Each of these neurons is linked to a neural network of cell-to-cell interactions and connections.

This unique complexity and size of human brains seem to be the reasons why we can think self-consciously and in an abstract manner.

Although scientists have made significant advancements in learning brain functions, much of how it operates still remains a mystery. That is why when asking about how these smart drugs work, we should consider that:

BRAIN PATHS THAT ARE ENHANCED BY NOOTROPICS

The following are some of the pathways that are affected by nootropics.

The brain is a highly energy-demanding organ that consumes approximately 20% of the body’s energy reserves. There are two reasons why the brain is very needy.

Nootropics could help with brain energy by:

Cell-to-cell communication, also known as synaptic transmission, happens when a neuron sends brain chemicals (neurotransmitters) to its fellow neuron. You can think of neurotransmitters as the carriers of information. 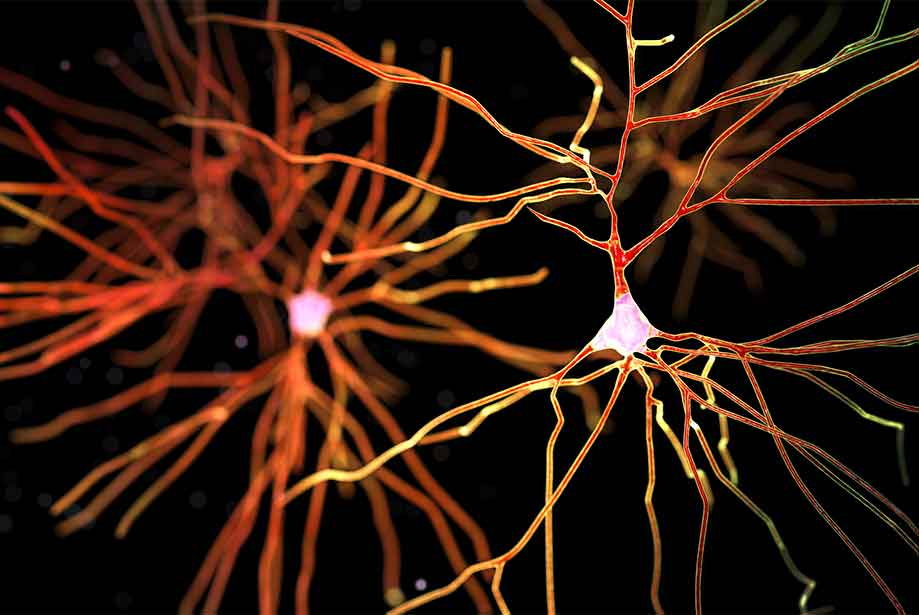 Based on the type of data to be transmitted, the recipient neuron may respond in various ways. Ultimately, it transmits that specific message to other nearby brain cells, until the desired cognitive result has been achieved.

Vital types of neurotransmitters and their associations related to cognitive performance are:

Nootropics could be used to optimise neurotransmitters by:

One of the primary causes of neurodegeneration are free radicals. Free radicals are unstable, oxidative compounds that are associated with a range of negative age-related conditions.

Compared to the other immediate outcomes of smart drug intake, neuroprotection is more difficult to sell since it is not known for enhancing mental performance. However, there is plenty of research that backs the neuroprotective properties of specific nootropics.

According to researchers, nootropics could support neuroprotection by:

As we age, the function of our brains begin to deteriorate. The good news is that this organ is capable of regenerating brain cells that have been lost. This process is called neurogenesis.

Since the brain is in a perpetual state of death, regeneration, and repair, it requires constant and high energy from the body. Providing the brain with sufficient resources and fuel allows it to perform its functions optimally.

Health brains could even have neuroplasticity, particularly as a response to brain training activities. Brain plasticity is the growth of new synaptic connections – the brain’s way of responding when it learns new things.

Although it may be rare, certain nootropics may help with neuroregeneration. It could even be beneficial in reversing changes to the brain related to aging.

Nootropics may be useful in neuroregeneration by:

The mushroom called Lion’s Mane is one of the more interesting nootropic plants associated with neuroregeneration. In one study, an extract from this mushroom was found to promote NGF-synthesis, which is essential for the brain.

Healthy blood circulation is not only a matter of providing the necessary compounds that support the brain but also to eliminate neurotoxins that cause cognitive impairment. Such balance is vital for cognitive longevity, especially since impaired circulation often leads to cognitive decline.

Nootropics may be used to support cerebral circulation by:

WHAT ARE PRESCRIPTION NOOTROPICS?

Doctors may recommend a smart drug for the treatment of a medical condition. Oftentimes, the drug is a stimulant, like amphetamine, which is effective against ADHD and dementia.

Some examples of prescription nootropics are:

Although effective in treating certain medical conditions, an individual should only take them if prescribed by a doctor. These medications, like any other medicines, carry the risk of side effects and other drug interactions. That is why a person needs to take only the smart drugs prescribed to them.

Some of the most common short term side effects of prescription nootropics are:

One study revealed that the use of stimulant drugs, such as nootropics, have a higher risk of impulsivity. That is why people should work closely with their healthcare providers before taking nootropics to monitor and manage these potential side effects.

Nootropics can also refer to the synthetic or natural supplements used to improve mental performance. Here are the following nootropics you can use without a prescription.

A lot of people consume beverages containing caffeine for their stimulant effects. Two of the most common caffeine beverages are teas and coffees. Researchers found that consuming caffeine is relatively safe for most adults, especially when taken moderately.

Having a normal cup of tea or coffee may help in improving mental focus. However, taking too much caffeine is not safe, especially long term.

According to the Food and Drug Administration (FDA), people should not consume more than 400 milligrams of caffeine per day. 400mg of caffeine is equivalent to 4 or 5 cups of coffee.

Theanine, also called l-theanine, is an amino acid that is found in green and black teas. This natural tea constituent is believed to have an effect on a person’s mental state, resulting in relaxation. 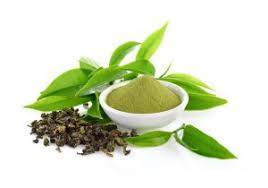 There is a possibility that L-theanine may work well when combined with caffeine. One study suggested that a combination of both L-theanine and caffeine can be used for cognitive enhancement.

Although dosage guidelines for L-theanine do not exist, experts recommend that a safe dose can be anywhere between 100 to 400mg a day.

This ancient herb has been consumed as part of Ayurvedic medicine as it is believed to enhance brain function. Studies have revealed that supplements containing Bacopa Monnieri can improve information processing in the brain, enhance memory, and reduce reaction time. The herb has been found to contain active compounds known as bacosides, which help improve hippocampus signalling in the brain while protecting it from oxidative stress.

However, the effects of Bacopa Monnieri intake are not immediately felt. Healthcare professionals suggest that people take doses between 300 to 600mg for several months to attain maximum benefit.

This perennial shrub from China and some parts of Siberia is also another nootropic plant that has come to the attention of scientists. People from these geographical locations have been using Panax ginseng roots for medical purposes. 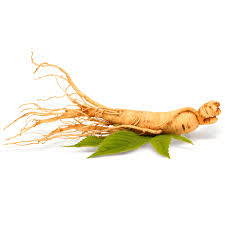 However, Panax ginseng is not the same as other kinds of ginseng, such as the American and Siberian varieties. These are plants that have different uses and effects.

In a 2018 review, researchers found that Panax ginseng could help in stopping neurodegenerative conditions, such as Parkinson’s disease, Alzheimer’s disease, and Huntington’s disease. It may also be useful in helping the brain recover after experiencing a stroke.

Since Panax ginseng can interact with medications, it is best to get advice from a doctor before taking it. Healthy people are advised to take a dosage of 100 to 600mg once or twice per day.

Ginkgo biloba is another nootropic plant that is believed to help enhance brain function. It is a tree native to Korea, Japan, and China. People in these areas have been using its leaves for herbal remedies. 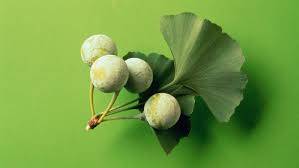 In a 2018 study, Ginkgo Biloba has been considered as a potential herb that can boost brain function.

In one review, researchers mentioned that Ginkgo Biloba could be useful in treating the symptoms of dementia. They found that human subjects who consumed more than 200mg of the herb each day experienced these positive effects.

It is important to note however that more thorough research is necessary to prove that this is true.

Omega-3 is one of the most well-known substances for enhancing mental capacity. These types of fats are primarily found in fish and some nootropic supplements. Scientists have found that omega-3 fatty acids are crucial for brain health, and is a must in any diet.

Omega-3 fatty acids are known for helping develop membranes surrounding the body’s cells, including that of neurons. They are also essential for renewing and repairing cells in the brain. 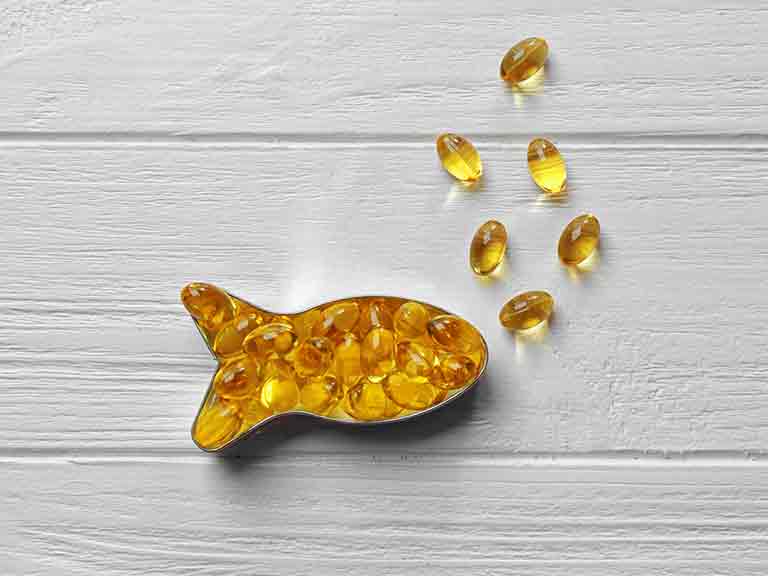 In one study, fish oil supplements containing omega-3 fatty acids have been found to provide health benefits against age-related diseases. Meanwhile, young adults in one study were found to have better cognition and brain activation due to omega-3 supplementation.

There are various forms of omega-3 supplements sold today. They are commonly available in fish oil, but there are also some sold as algal oil or krill oil.

Although omega-3 supplements have a low risk in terms of side effects, there is still the possibility that it may interact with specific medications. Always consult a doctor for medical advice before deciding to take any short term medication.

Here are some of the cognitive benefits that could be associated with using nootropics:

Memory and learning – Smart drugs may enhance various areas of short term memory performance, which then results in better informational processing and learning.

Mood – Nootropics that affect dopamine activity may be used to support a healthier pleasure-reward system for enhanced motivation.

Focus and attention – Smart drugs could be used to improve brain chemicals responsible for helping a person concentrate.

Verbal coherence – Although nootropics may not increase an individual’s vocabulary, it could be used to help clear up pathways between thoughts and words.

Scientists and researchers are still studying exactly how nootropics can improve brain function. There’s no doubt that some of these natural nootropics can be more effective than others.

The Lion’s Mane mushroom is one known natural nootropic. However, there are also others such as the Reishi mushroom, Bacopa, and Panax ginseng that could prove beneficial.

Most doctors would still agree that the best way one can boost their brain function is to get adequate rest, follow a healthy diet, exercise sufficiently, and manage their stress.

Healthy people who wish to improve their cognitive function can give nootropic supplements a try. In any case, anyone interested in using smart drugs should always consult a doctor before taking them.

Although the use of nootropics or smart drugs is growing nowadays, more research is necessary to better understand how it works and how it can benefit human beings long-term.

Optimal Mind Nootropic blend is a power house of cognitive enhancement that will optimise your mind and help modulate your immune and energy systems. 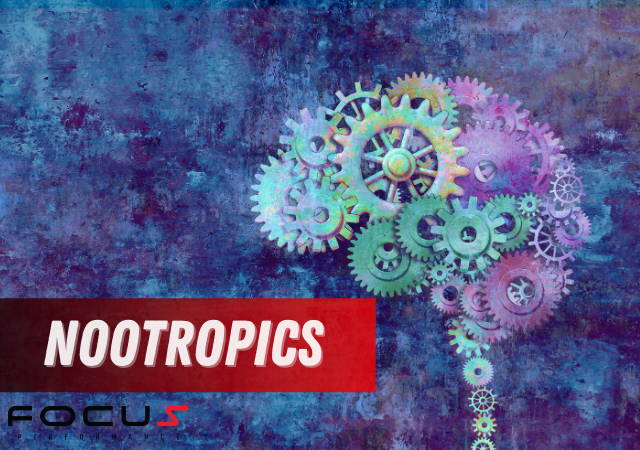 Nootropics have proven themselves to be effective at improving a wide variety of cognitive skills. Some nootropics can improve your focus, attention, and motivation while others have been shown to enhance memory, wellbeing, and alleviate anxiety and depression. 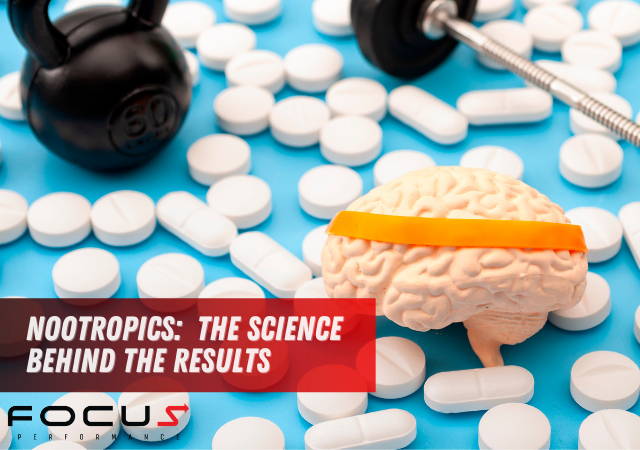 NOOTROPICS: THE SCIENCE BEHIND THE RESULTS

Nootropics are gaining popularity every day. Entrepreneurs, artists, athletes and everyone looking for improved mental performance have found these substances to be effective at enhancing cognitive abilities like attention, creativity, memory, learning, and mood. The scientific underpinnings explaining the effectiveness of nootropics is still unfolding and current studies already demonstrate the benefits of nootropics 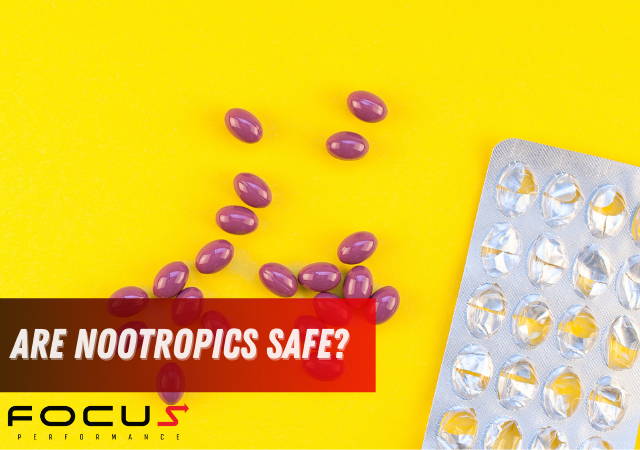 You need to know the reasoning and evidence supporting the safety of these cognitive enhancers. We must be sure these substances are safe because your brain is, without a doubt, your most prized and precious asset. Your brain is completely responsible for your experience of the world. Better take good care of it.